Stand Up and Speak Out 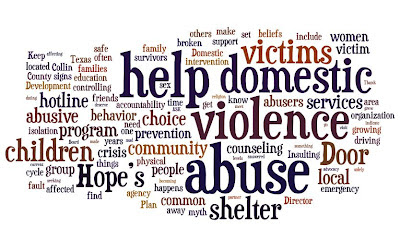 Milestones Communications is a small PR firm that works with groups large and small, corporate and non-profit. We also are active in community service, volunteerism and working pro bono for causes near and dear.

This year, we wanted to commit to helping raise awareness about domestic abuse. Why this cause and why now? Because we believe our homes should be a place of safety, love, respect and admiration – for all.


Putting an End to Domestic Abuse


We were moved to action after seeing an Associated Press report that indicated 1 in 4 women had suffered at the hands of someone they loved and trusted, someone they’d lived with or had been in a relationship with. The number was startling to most – to all except those who work with the victims. And they, across the board, knew the numbers were higher than most of us imagined. The acts of violence included murders, beatings, rapes and stalking along with strikes and blows, pushes, shoves and threats thereof. We realized then that the number of women, children and men who also experienced domestic abuse of all sorts had to, likewise, be beyond our comprehension.
Consider this: 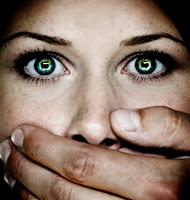 As we gave thought to the unsettling statistics, we realized that we personally knew of those affected. Perhaps not our BFF revealing blow-by-blow accounts of the latest cut, bruise or blow, but a relative who has changed over time, a friend who doesn’t have the same zest for life, a colleague who’s more withdrawn, a church member who’s nice but distant. Chances are you know someone who’s having a tough time at home. Their lives may be in jeopardy, they may live in fear, walk on eggshells. Maybe not violent pushing and shoving - perhaps their reality is more subtle and socially acceptable  - but a string of stress-producing incidents, nonetheless, that keep one on edge and in constant fear that wears one out over time.

Do you know someone who’s the victim of domestic abuse?

If not, we’d wager it’s only because they aren’t talking. And that’s precisely why domestic abuse has the power to make so many feel so powerless. Because those abused live in fear – of saying something that will set the abuser off, doing something that will set off a series of attacks, looking or responding in a way that “invites” whatever it is that follows. Too often, the abuser puts on a happy face for the rest of the world but those closest to them encounter a snarling face who somehow believes that they can make themselves feel better by making others feel worse.

As we took to heart the sobering statistics, we came to the conclusion that none of us should accept or minimize abuse in any form. Those who are abused don’t speak up and don’t seek help because they feel they can’t. The first step in understanding their pain - be it physical, mental or emotional - is learning more about it. From there, we can lend our compassion, our care and concern, critical resources and most of all, intolerance for the inexcusable, the unacceptable and the unfathomable. Knowing what to look for will make it more difficult for those committing abuse to continue on unnoticed, unaccountable, or unconcerned.

And let’s not make the mistake of thinking that it’s just women. These stats include teens, youths and men.

Our goal is to share more in the months ahead, spotlighting the organizations that work to raise awareness about domestic abuse as well as speak with those most affected.


In 2012, we launched this page in October for Domestic Violence Awareness Month. In 2013, we decided to try to give monthly updates on a more regular basis. If there's an organization whose work you'd like to spotlight, please contact us at gwen@milestonespr.com.